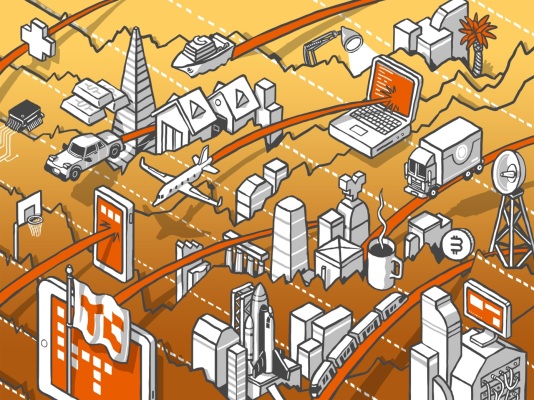 The party is over!

Now, halfway through 2022, we’ve seen a bracing reversion to the mean. Most startup sectors appear to be busier digesting last year’s excesses than attacking the future, while geographic startup investing trends have reversed. Even more, the pendulum of relative power has swung back toward venture capitalists away from founders, startup prices are falling, and some ideas that ruled the roost in 2021 are in disarray.

It’s worth noting that none of this should be a surprise; the business cycle always turns.

But it didn’t turn all at once. Looking back, it appears that the feedback loop between falling public market prices and reduced startup activity first linked up in the software market. The shellacking of SaaS companies on the public markets led to a retreat in investing velocity and price of software startups, something that is still being digested today among upstart tech companies of all maturities.

Read it every morning on TechCrunch+ or get The Exchange newsletter every Saturday.

Crypto held on longer to its period of cheer. Sure, Coinbase’s stock had seen some of the air come out of its value in the first quarter, but by late March the U.S. crypto exchange was still worth north of $40 billion. Coinbase kept losing ground as April saw its shares commence their current slide, but as recently as May, this column was writing that “no one told the crypto world that startup megadeals aren’t as plentiful anymore.”

The pain of the current downturn set in more slowly in the crypto market, perhaps because the blockchain domain is something of a parallel economy to the one we interact with every day. Sure, they are directly linked, but perhaps not as closely as, say, traditional startups and the Nasdaq.

No matter, the period when crypto companies appeared able to avoid the downturn simply by working on their own vision for the future is over.

A few weeks back, Coinbase announced that it was pausing hiring to rethink its priorities. That alone was a shock, as the company was busy boosting its technology investments as recently as the first quarter of the year. As the company said in its Q1 earnings report concerning its cost structure:

Technology and development expenses were $571 million, up 24% compared to Q4, and were driven by technical hiring related to our continued investments in product innovation and platform infrastructure.

Even more, the company set a steady tone, saying that it planned to keep spending within reason: