VW Group is on the precipice of launching a new dedicated EV company in the United States called Scout that will produce an all-electric pickup and a rugged off-roading SUV geared towards the American consumer.

The company’s supervisory board, which is chaired by Hans Dieter Pötsch, will vote on the matter May 11, sources familiar with the company’s plans told TechCrunch. The board is expected to approve the proposal.

Launching the Scout brand will amplify VW’s presence in the U.S., a market where several other automakers, including Ford, GM, Tesla and newcomer Rivian, either plan to, or already are, producing electric pickup trucks.

The new brand, named after the iconic International Harvester Scout that came to market in the early 1960s, would begin producing the two EVs by 2026, according to sources who asked not to be named because they’re not authorized to talk publicly about the proposal.

VW intends to make an initial $100 million investment in spinning up the new company with more investment to follow, according to sources. That initial funding will be used to create the structure of the company, set up management and begin bringing employees on board. It’s possible that some future investment could come from external sources and may not be limited to institutional investors, according to sources. That could open the door to private equity or individuals to fund such an effort.

The Scout brand could help VW Group CEO Herbert Diess hit a couple of ambitious targets. VW is aiming to become the largest global seller of EVs by 2025 and to double its market share in the U.S. to 10% by the end of the decade.

VW has other plans to boost its market share in the U.S., including bringing a long-wheelbase passenger model of its electric ID Buzz to North America market in 2024. However, creating an entirely new unit signals VW’s desire to tap into a market that languished for the company for years, that is until the all-electric ID. 4 arrived in 2021.

Speculation that VW might resurrect Scout as an EV off-roader first cropped up in fall 2021 after Volkswagen Group of America Chief Operating Officer Johan De Nysschen brought up the idea during a conversation with media. VW gained the naming rights to Scout after its commercial trucking unit Traton merged in summer 2021 with Navistar. International Harvester stopped making the Scout in 1980 and went out of business five years later.

At the time, the COO envisioned a Rivian-like SUV that would be priced at $40,000 — a steep discount from the actual Rivian R1S SUV. A rendering shared with TechCrunch shows two proposed designs for the SUV and pickup that mixes the old classic Scout with some sprinkles of Rivian’s aesthetic. 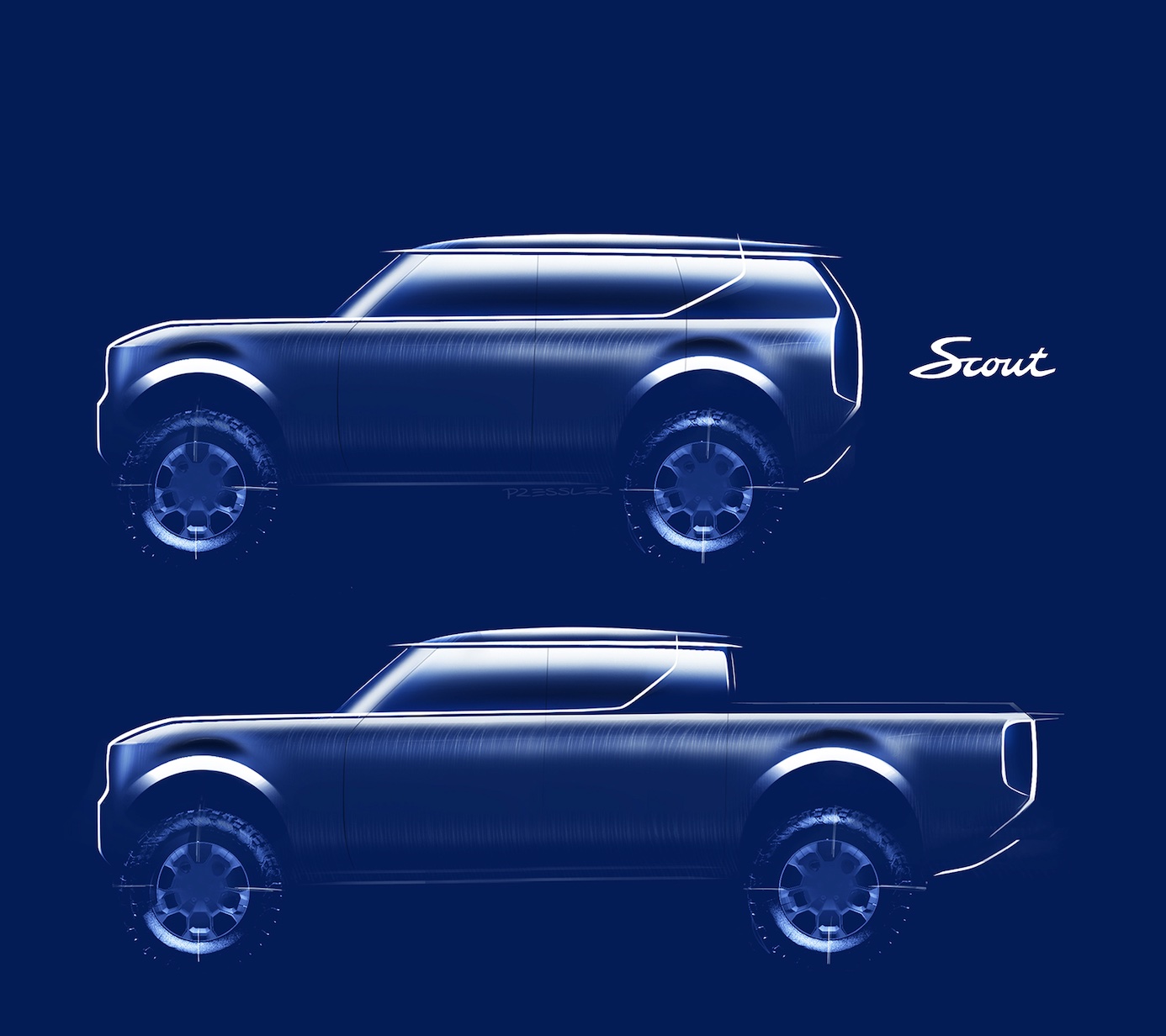 Image Credits: Rendering from VW shared with TechCrunch from an unnamed source

Notably, Scout will have its own underlying platform designed for off-road, higher clearance vehicles, according to sources.

It’s unclear where Scout will be located or where the vehicles will be assembled. It would be unusual for an independent brand to set up shop at VW’s Chattanooga plant, particularly considering these new vehicles will not be built off of VW’s modular electric drive kit, or MEB, platform.

The MEB, is flexible modular system — really a matrix of common parts — that VW Group brands including Audi, Seat, Skoda and Volkswagen use to improve the efficiency and cost-effectiveness of producing electric vehicles. About 30% of all electric vehicles in the VW Group are already based on the MEB, including the Volkswagen ID.3, an electric hatchback that is only sold in Europe and the Volkswagen ID.4 SUV and ID.5, along with various variants of the Audi Q4 e-tron. By 2025, the automaker expects more than 80%.

The Scout-branded vehicles will initially be built for the U.S. market, however the platform could be used by other brands later and globally, sources said.

Lois - July 19, 2022
The National Highway Traffic Safety Administration is opening yet another special investigation into a Tesla vehicle crash, according to documents viewed by TechCrunch. This...

Lois - April 13, 2022
Historically, people who have difficulty conceiving children have been stigmatized. A 2020 UCLA study found that approximately 15% of couples will have trouble getting pregnant,...

NFTs… but for space stuff – TechCrunch

Lois - February 1, 2022
Welcome back to Max Q, our weekly newsletter about space and the business thereof. NFTs were bound to intersect with space in a number of...